Humans have thrived as a species because of the beneficence of biodiversity, but the scale of our success has placed a heavy burden on the natural world. To continue enjoying the benefits of biodiversity in the future, it will be necessary for each country, municipality, business operator, private organization and citizen, in alliance, to take actions to achieve a "Naturally symbiotic society" in which biodiversity is maintained.

Based on this understanding, Mizuho, as an entity managing one of the roots of economic activity, is working to reduce impacts on, protect, and restore biodiversity. We see this as the social responsibility of a financial institution.

Mizuho is promoting the following initiatives from the viewpoint of the conservation of biodiversity.

Participated in the Japan Business and Biodiversity Partnership

In February 2013, Mizuho Bank, as a member of the Equator Principles Association (EPA), assisted to establish the Cross Sector Biodiversity Initiative (CSBI), a partnership among EPA, IPIECA, and the International Council on Mining and Metals (ICMM) that considers measures and strategies to reduce the impact of large–scale development projects on biodiversity. Mizuho has joined various meetings for CSBI since.

In countries around the world, the movement over the last several years to develop and strengthen legal systems for the conservation of biodiversity has been steadily gathering momentum, and companies in these countries are also being asked to participate. The International Finance Corporation (IFC), a member of the World Bank Group, has issued guidelines entitled "IFC Performance Standards," and these have been adopted by the Equator Principles Association. The biodiversity preservation provisions of these standards were strengthened in January 2012.Furthermore, Equator Principles version 4 (EP4), which Mizuho has started to apply from July 2020, strengthened efforts to the conservation of biodiversity.

In response to these developments, Mizuho continues to invest its efforts to CSBI, to support this initiative that collaborates beyond industrial borders.

Case Studies on Other Measures

Harnessing its financial system, Mizuho is promoting the following measures.

Measures at the offices

We are promoting initiatives to achieve a recycling–oriented society. Our efforts include a reduction in the use of paper, one of the resources financial businesses like Mizuho consume the most.

Otemachi Tower, the location of our Otemachi Head Office, is situated on a property where around a third of the area (approx. 3,600 m2) is dedicated green space known as "Otemachi Forest". With the concept of recreating a real forest, indigenous trees and shrubs were gathered from woodlands in the local Kanto region to form a diverse forested area. As a result, as an office building with dedicated green space aimed at preserving biodiversity, Otemachi Tower has been recognized by the Association for Business Innovation in harmony with Nature and Community (ABINC) under their certification program for businesses operating in harmony with nature. 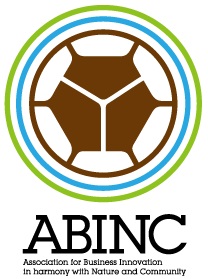 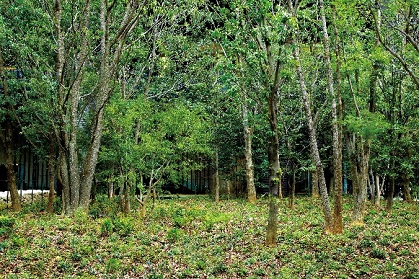